A native Texan who grew up in El Paso, Texas. He attended the University of Texas at Arlington where he majored in Political Science and was chapter president of Pi Sigma Alpha, the national political science honor society. Mr. Cothroll graduated with a Doctorate of Jurisprudence from South Texas College of Law in 2005.

Mr. Cothroll has worked for over nine years defending individuals and corporations in IRS audits and collection procedures throughout the country. He has represented everyone from small business owners to truck drivers, construction workers and CEO’s of corporations. He has extensive knowledge of the tax laws and regulations as it relates to individual, corporate and employment taxes. He has litigated tax matters before the US Tax Court in Houston, Texas. Keith Cothroll also does consumer bankruptcy work. 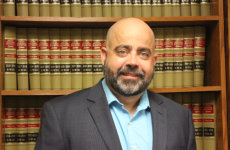 Here to help you.

Attorney Keith Cothroll runs a full-service tax firm serving the greater Houston Area. Take the first steps in getting your situation under control. I can help. Contact me today!